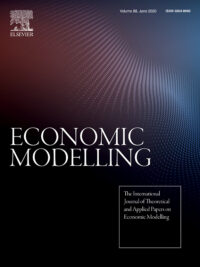 The paper studies the labor share among countries of the European Union, with a particular attention to the newer member states of Central and Eastern Europe (CEEU). We find that CEEU countries typically have lower labor shares than older EU member states, both in the aggregate and at the sectoral level. Structural change, while quite pronounced among the CEEU economies, plays only a minor role in the evolution of the labor share. The exception is agriculture, which for some countries has a sizable impact on the level and dynamics of the labor share – partly because of important measurement problems. We also find that a significant part of the difference in conventionally measured labor shares between the more developed EU countries and less developed CEEU countries can be attributed to differences in relative prices. This is consistent with a productivity-based explanation: we show that a simple, calibrated two-sector model with sectoral productivity differentials can explain 36–71% of cross-country variations in the non-agricultural labor share.