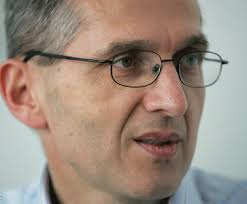 The article presents and summarizes some results from extensive cross-national content analysis of media coverage of corruption. The authors examined a sample containing 12,742 articles published in France, Hungary, Italy, Latvia, Romania, Slovakia and the United Kingdom from 2004 to 2013. A limited number of studies have been done thus far to reveal how the media deals with corruption cases in certain countries, and cross-national comparative analyses are exceedingly scarce. The core focus of the study is to reveal the significant differences in the corruption cases covered by the media according to the countries under analysis. We assume that some differences exist between the media coverage of corruption in the new and the old European Union member states and also that by classifying countries into groups based on their perception of the level of the corruption, some dissimilarities will be revealed between them. We conclude that the distinction between countries based on whether they are old or new European Union members does not wholly determine the nature of reporting on international or national corruption cases, for example, Italy was more similar to the old European Union member states in this sense. Considering the level of institutionalization of corruption cases, Italy appears to be more similar to the other old European Union members, but we should clarify that differences based on this feature of the cases are not clearly highlighted in the interaction model. However, if we use the variable perceptions of corruption to classify countries, we find that countries with a ‘cleaner’ environment (the United Kingdom, France) place more focus on reporting corruption cases in the international arena.