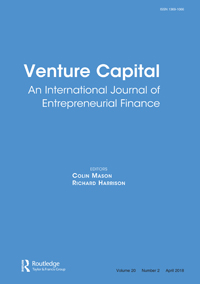 The venture capital (VC) sector in central and eastern Europe (CEE) is characterised by the dominance of public resources. This is mainly due to a new type of equity scheme introduced in the European Union’s 2007–2013 programming period. The paper examines how successful the CEE EU member states, with a relatively less developed VC industry, were in using government equity schemes based on market cooperation between public and private market actors. It provides a general overview of the VC programmes launched in the CEE region viewed through the lens of academic design theories. The paper concludes that government VC programmes in the region are characterised by short time frames, administrative requirements which restricted investors, small fund sizes preventing efficient operation and limited participation of institutional investors. Compared to developed countries agency problems were much more pronounced. The limited number of business angels and incubator organisations, the high number of underfinanced promising start-ups and the misuse of government connections meant that the use of predominantly hybrid funds’ forms of government VC programmes were more challenging in the CEE region compared to western Europe. However, the greatest risk of public equity schemes – the crowding out effect on private investors – is absent in the CEE region because of the lack of private investors.